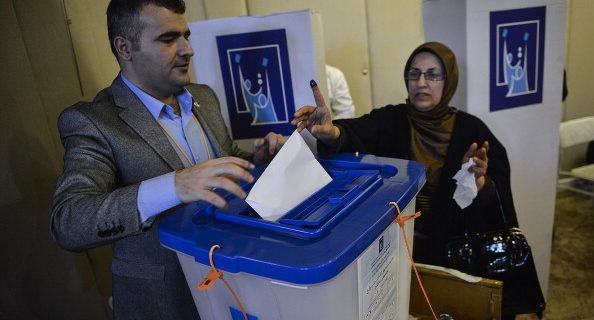 ANKARA, TURKEY - APRIL 27: An Iraqi woman living in Turkish capital Ankara, casts her ballot in the Iraqi parliamentary elections at the National Library of Turkey on April 27, 2014. Voting for Iraqis living abroad in the parliamentary elections has kicked off on Sunday, the electoral commission supervising parliamentary polls announced Sunday. Iraqi people will go to the polls on April 30 to participate in the first national election since the U.S. troops withdrew from the country in 2011. (Photo by Ozge Elif Kizil/Anadolu Agency/Getty Images)